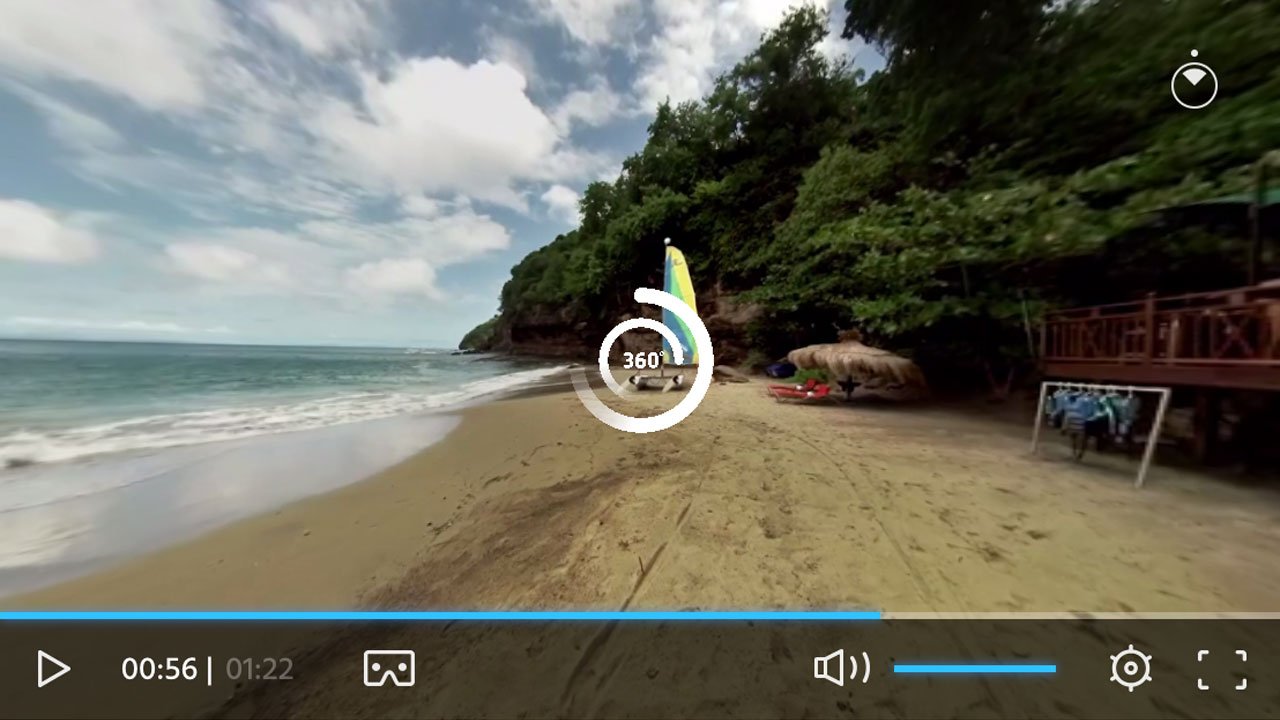 360 Video Player Comparison – We Found The Best One

Finding a great 360 video player can be quite deceiving, especially when you are cranking away testing out players on a desktop and getting a great experience. Everything looks great…then it happens…you try it on mobile or an iPad. Uh-oh. It doesn’t look the same! As of this blog post date (September 2017) there are a few 360 video players that are embeddable but they don’t all offer the same experience as you move off of the desktop.
The journey finding a seamless experience for your 360 videos can be a frustrating one. I spent days researching and scratching my head at why 360 video player shopping had to be so miserable. Below I will demonstrate the problems and the solution I have found which blows away the field.

The Problem with Most 360 Video Players

The problem with most 360 video players is the lack of a seamless experience across devices. With the 2 biggest players, Youtube and Vimeo, you would expect they would have a great 360 video player that would offer a great user experience no matter where you watch the video. NO. Check out the examples below with the same 360 video embedded on both Youtube and Vimeo. All is fine on desktop, but when you try and watch on mobile you will see the breakdown.


For mobile, both Youtube and Vimeo expect that you have their apps installed. If you DO have their app installed you will be bounced to the app and away from your embed. If you DON’T have the app installed you will begin your journey really far away from the experience as you get sent to download the app. Another thing to keep in mind is that 360 video is not supported by all web browsers which really makes it all very confusing. Here is a 360 video from a boutique resort client in St. Lucia, Cap Maison, embedded on Youtube…

Here is the same video embedded on Vimeo…

The above solutions simply are not an appropriate solution for any business that wants a seamless experience and also doesn’t want to send users AWAY from their website or blog.

The Best 360 Video Player is from Omnivirt

After extensive research I stumbled across an amazing solution from Omnivirt. Check out the exact same video embedded below using the Omnivirt player and be sure and try it on mobile. You will see that it stays in the modal window and does not leave your base presentation.

Omnivirt 360 video players have some amazing features beyond the fact that they keep the same user experience across devices. Omnivirt has 360 ad campaign capabilities where you can launch your 360 ad campaign over their largest 360 VR network.
The Omnivirt 360 player allows users to view your 360º VR content everywhere: mobile, desktop and headset. They currently work with many of the larger brands which was the first thing to make me feel like it was a reputable solution. Once I researched and learned about the features of the 36o video player it was a no-brainer. The player  will also work with all formats (180º/360º, 3D/2D, HD/4K/8K) which was another huge plus.
One final feature that was a complete win for me was the “Hot Spot” feature which allows you to add content within the video whether 360 or simply standard 2D video. You can add direct link-throughs into other 360 videos or bake in other elements like images or 360 photos and more. This adds an intriguing storytelling possibility which should be attractive to brands.
Disclaimer: Omnivirt has provided no compensation for the endorsement of their video players. They have only given access to use their platform at no cost after we requested access. There were no promises made to give positive press in exchange for use of their product. We only review solutions that we feel are beneficial to consumers and do not enter into agreements to review products in exchange for any benefits.
Call Now Button